Setting Up a Recurring General Task by Automation

Written by Nicole
Updated over a week ago

Here's an explanation of how you would set up a recurring business task by using an Automation.

The first step is adding the task you wish to repeat for the first time.  You'll do this in the General section under the left Tasks sidebar menu.  This is where all non-job related tasks belong.

Now, when I head back over to the General Tasks section, I can see that new task list and task.

Now it's time to automate this task to recur after it has been completed, so I can be reminded on my account dashboard monthly.  The automation will observe Task › Completed, and then include a condition that tells the automation the specific name of the task that I want it to observe me completing.  The action is where I'll tell the automation to add the same task again, due 1 month later, in that existing task list.  Here is how the automation looks as a whole, and I'll break it down in pieces below. 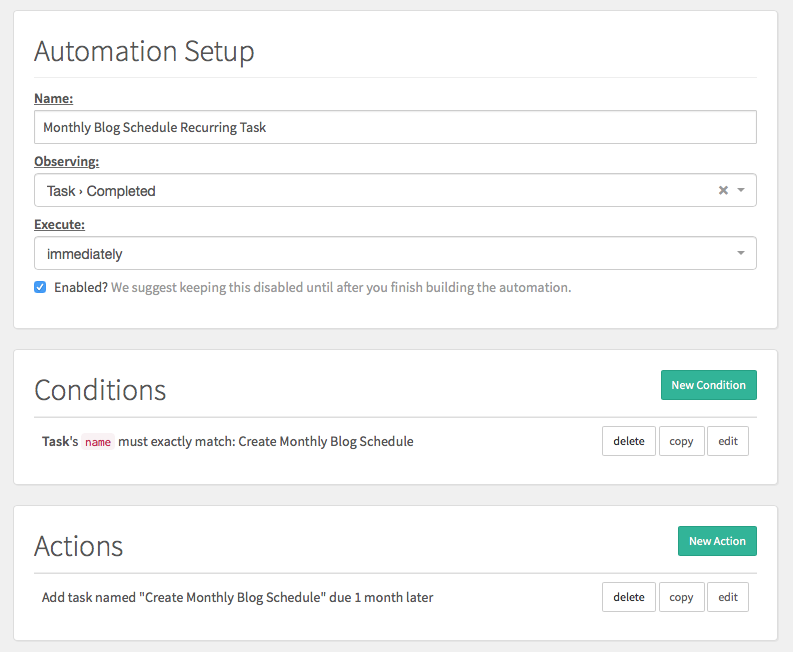 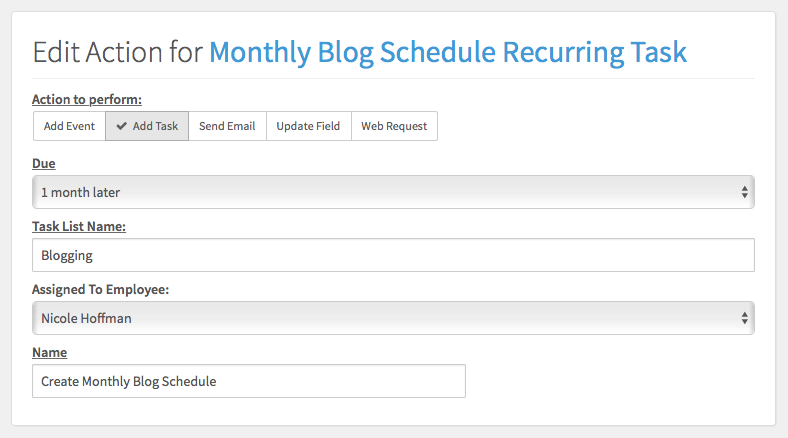 If you need any help creating a similar Automation in your account or you'd like someone in Support to look over something you've put together, shoot us a message from within your account from the Support menu.

Watch this video to learn how to set up a recurring task by automation:

Did this answer your question?